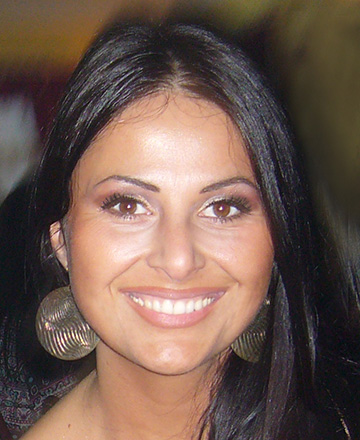 Working as a casting director for one big international company, she worked on organizing many fashion shows in Milan, Moscow and Paris.

Choosing the most beautiful models, with natural shapes and exceptional beauty of the face, made these magazines unforgettable and recognizable and its taste for the models irreplaceable!

One of the girls she was engaging was, then, an unknown model, Bojana Krsmanovic, which she says will be a world star, which she after only a year becomes.

2015 decides to open its own agency called Real Woman, which will be dedicated to the development of a career of women, classical but exceptional beauty. Initially engages only models with whom it already has a developed relationship of trust and places the foundation of the agency on the principles of trasparency (where the model is always referred to in its financial card), personal support and protection of moral principles!

In just the first month of the opening, she is able to draw attention to one of the most prestigious brands in the world,  Guess, which engaged many of its girls for world campaigns and fashion shows. There is also a long-term cooperation with the world famous brand Calzedonia and Intimissimi which in Real Woman agency recognized the quality of the models who can meet the highest standards of this sophisticated brand. There are also many other excellent brands of the underwear and clothes which appreciate the real natural beauty of women.

Soon she has a fantastic relationship with world-renowned agencies that girls represent in Italy, Germany, London, Paris, Los Angeles, New York and Miami.